Menu
$0.00 0 Cart
Home » The Actual Projected Growth of Norman, Purcell, and Noble in the Next 20 Years

Spoiler alert: POE lied to us when they claimed our population would double in the next 30 years.

As though it needed this level of analysis to tell it was BS (we all knew it was crap), I checked POE’s claim that the population will double over the next 30 years for Norman/Moore/OKC.

Were they speaking of the cities individually? Combined? I checked both.

At this point, I’m just scrapbooking the fiction. Don’t judge me for my Friday night experience.

I used the census data going back to 1980 — going back too far introduces outlier population patterns. Moore had an outlier year in 2000 that I did not include for the trendline — it was likely due to temporary displacement of residents as their homes were rebuilt or repaired from the May 3rd, 1999 tornado. Notice the slight bump in Norman’s population that year.

Norman and Moore fit well to an exponential growth curve, while Moore was pretty linear. Due to the constricted nature of Moore’s boundaries, I felt comfortable using a linear curve.

All cities fall short of doubling in population, which is obvious individually as well as combined. 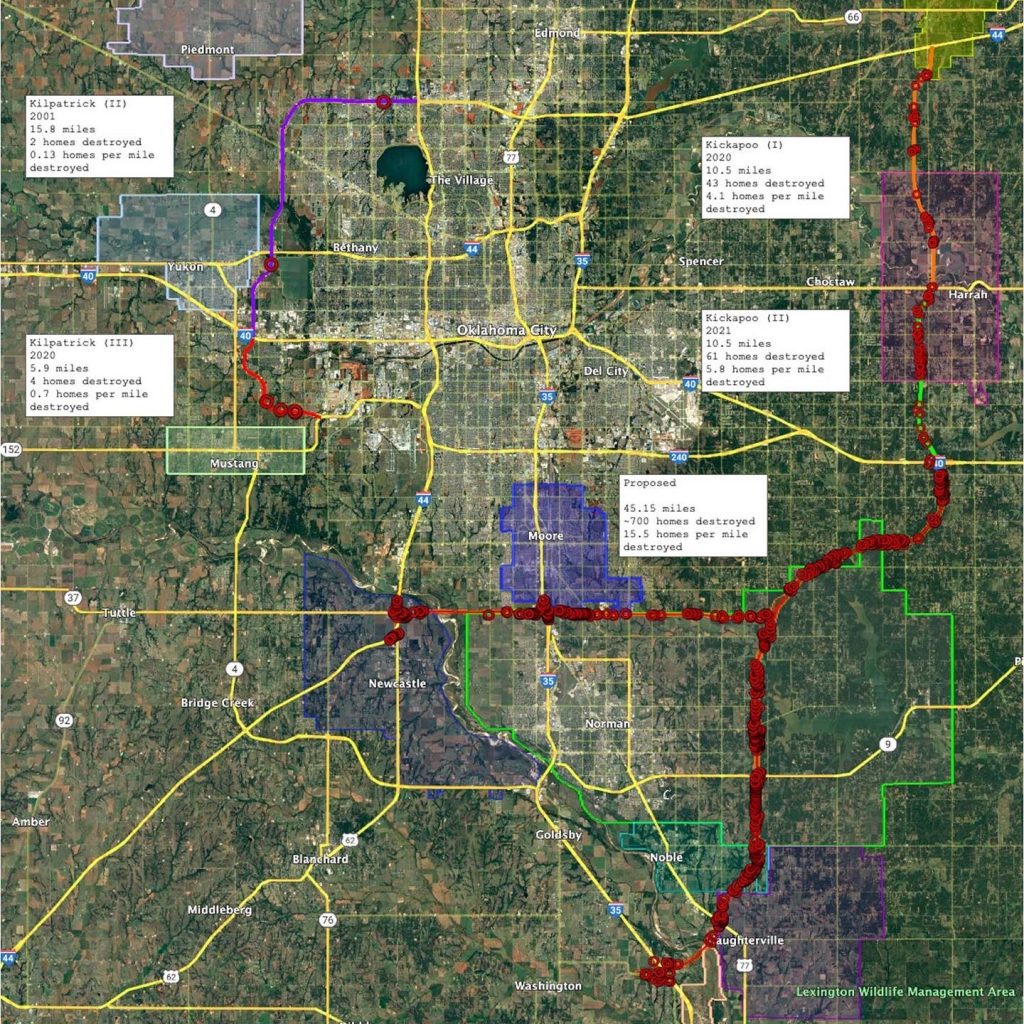