The Kickapoo Turnpike was originally known as the Eastern Oklahoma County Turnpike announced in the 2015 Driving Forward Program. A 21 mile toll road connecting I44 near Luther to I40 near Newalla that opened in October of 2020, it was a hotly contested turnpike;  for good reason. It was never authorized by the legislature.  The Kickapoo was fast-tracked and built, destroying over 100 homes, displacing families and spoiling thousands of acres of farm and wetlands; all to carry barely 2000 vehicles per day. The court documents from the 2016 Oklahoma Supreme Court case when citizens tried to stop the destructive new alignment turnpike can be found here. https://oscn.net/dockets/GetCaseInformation.aspx?db=appellate&number=115345

The Oklahoma Turnpike Authority’s (OTA) Comprehensive Annual Report (CAFR) for the calendar year ending December 31, 2021 includes some interesting language about how each of its turnpikes were authorized. 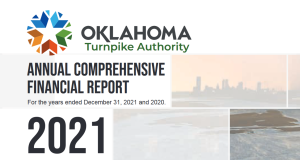 The fourth page of the report has a description of all the turnpikes comprising the Oklahoma turnpike system. The first sentence for each turnpike description begins….”Authorized by the State Legislature in [year]” which is cited for the Turner, Will Rogers, H.E. Bailey, Indian Nation, Chickasaw, Cherokee, Muskogee, Kilpatrick, Cimmarron, and Creek Turnpikes. 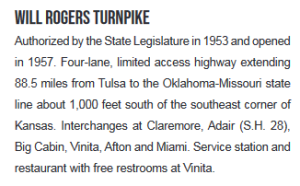 Figure 3: Example of Authorized Turnpike Description in the 2021 CAFR.

However, the first sentence descriptor for the Kickapoo Turnpike begins…..”Authorized by the Oklahoma Turnpike Authority Board in 2015.” This is intriguing, especially since the Oklahoma Statutes, which are legal documents of the Authority, along with all financial documents state….”The Oklahoma State Legislature has the exclusive right to authorize turnpike routes.” 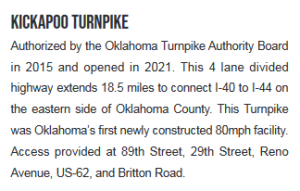 So why would the Kickapoo not state that it was authorized by the State Legislature in 1987, since 69 O.S. § 1705(e)20 was the statute the OTA used to request validation of the bonds by the Supreme Court for construction of the Kickapoo?

If OTA truly believed that they had the authority to issue bonds for the Kickapoo based upon 69 O.S. §1705(e)20, they would have cited Legislative approval in 1987 for the Kickapoo, which would be consistent with the description of authorization of all the other turnpikes listed in the 2021 CAFR.

Did the OTA Board and staff knowingly and willfully build an unauthorized turnpike and subvert the law?

While the OTA may have had location authorization in the statute, they were specifically prohibited from building any more segments of the outer loop because of the turnpike bonding and building restrictions written in 69 O.S. § 1705(f). The Supreme Court, unfortunately, was never asked to rule on this specific part of the statute and allowed the OTA to break the law and sell revenue bonds to build the Kickapoo.

69 O.S. § 1705(f) states that “To issue turnpike revenue bonds of the Authority, payable solely from revenues, including the revenues accruing to the trust fund created by Sections 1701 through 1734 of this title, for the purpose of paying all or any part of the cost of any one or more turnpike projects. Provided that any bonds issued for the construction of the proposed turnpike referred to in subparagraphs (10), (20), (21) and (22) of paragraph (e) of this section shall be issued as one issue for all four of the proposed turnpikes and shall be financed, constructed and operated under one bond indenture.”

The second sentence of § 1705(f) strictly limits the OTA’s bonding and building authority in the case of the four turnpikes (part of the Chickasaw, part of the Cherokee, part of the Creek, and part of the Oklahoma City Outer Loop) enumerated in 69 O.S. § 1705(e).

The newspaper accounts of the time reinforced that the intent of the statute was to limit those four turnpikes to be built under one bond issue and indenture. A 1988 Oklahoman article stated that “[t]he 1987 Legislature approved building of four toll roads, including the Oklahoma City turnpike, but only if part or all of the four roads were built at the same time.”

With its one authorized bond issue in 1989, the OTA built parts of all four listed turnpikes and they never went back to the legislators to get additional authorization for more bonding to finish the Outer Loop, or any of the other three turnpikes. The Kickapoo Turnpike (and the proposed East-West and Tri-City Connectors) would be segments of the § 1705 (e)(20) Oklahoma City Outer Loop, and thus subject to the restrictions in § 1705(f).

The OTA’s documentation shows, in plainly written language, that the Kickapoo Turnpike was authorized by the Oklahoma Turnpike Authority Board, NOT the Oklahoma State Legislature, which is openly unlawful.  The Legislature “authorizes” turnpikes; not the OTA Board.

Obviously, the OTA decided in 2015 to fully untether itself from the legislature, and to answer only to itself, and they got away with it.  That is why they are trying again with the proposed Tri-City Connector, East-West Connector and the Southern Extension. They have gone rogue and are no longer limiting their decisions to issue bonds based upon Legislative action, but will now take authority to build turnpikes whenever and wherever they wish to build turnpikes. It is imperative that the Supreme Court not only step in and enforce the Oklahoma Statutes, but that the legislator’s act swiftly in their constituents’ best interests and curb this unchecked power and willful disregard for the law. 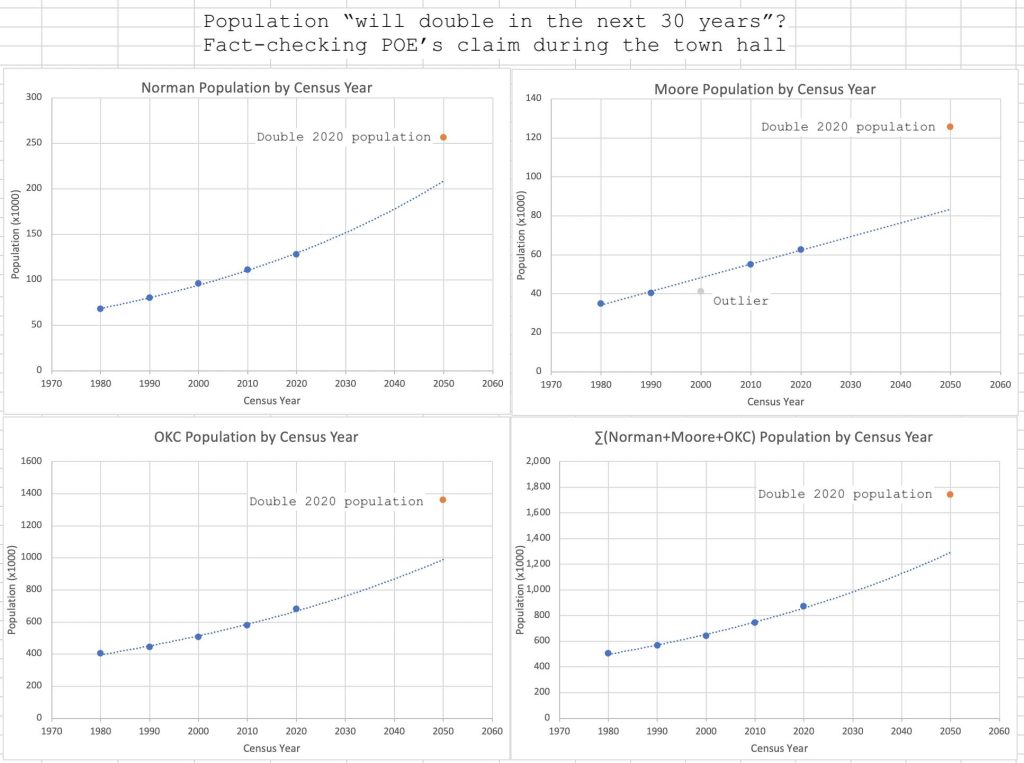