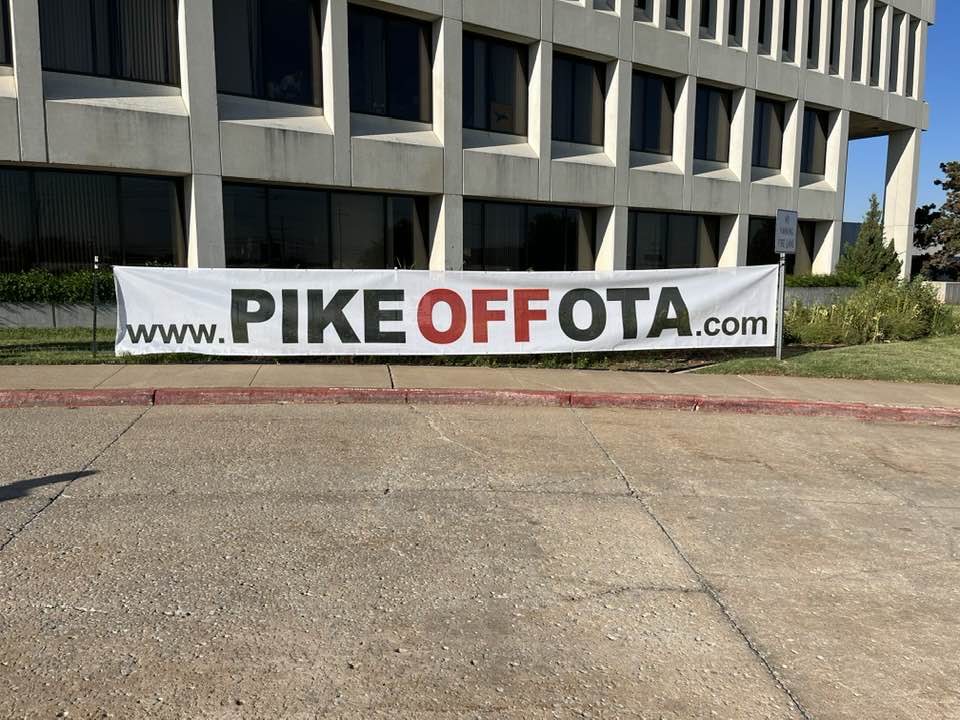 MONDAY is the meeting of the Oklahoma Transportation Commission, and three of their sub-committees, where eight people will rule on the fate of thousands of Oklahomans, and approve or disapprove routes for future toll roads in Central Oklahoma.

We will be there to tell them, “NO. STOP. YOU ARE NOT ALLOWED TO STEAL OUR PROPERTY, FORCE OUR FAMILIES FROM THEIR HOMES, RAPE OUR ENVIRONMENT, DRIVE AWAY OUR WILDLIFE AND POISON OUR WATER SUPPLY. NO. YOU STOP NOW.”

There are also three issues of immediate concern:

(2) The agenda for the general Commission meeting, to be held at 11am, reads at the end, “The Department (ODOT) has completed a review of the proposed alignments…. The Department recommends approval of the proposed locations,” yet there have been NO public meetings and NO public involvement done by ODOT relating to the “proposed locations,” as required by Federal Law and the regulations described in ODOTs Public Involvement Plan.

Please spread the word about this event, and most of all, COME. Bring your children. Bring your Moms and Pops. It is an ALL AGES EVENT.

The event is finished.